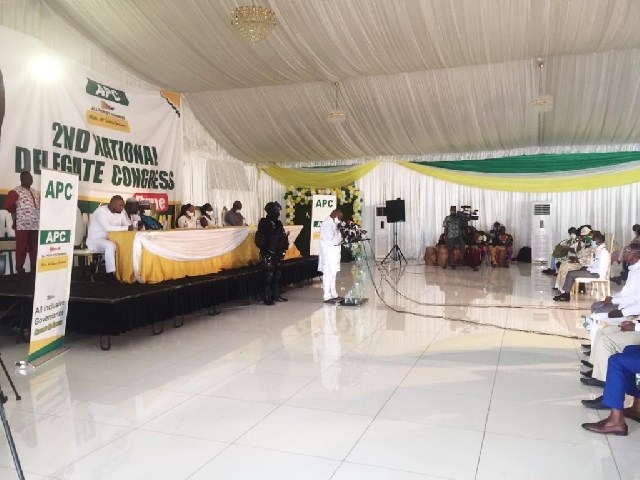 The All People’s Party (APC) has acclaimed Hassan Ayariga, the party’s founder, as its flagbearer for the 2020 elections.

Mr Ayariga was the only contestant to have picked nomination forms to run for the slot in his party.

Mr Ayariga received the endorsement of executives of the party.

He has promised to fight corruption if elected President in the December 7 polls.

Another small party that also elected its flagbearer recently is the Convention People’s Party (CPP).

The party’s internal polls were held in the Eastern Region on Saturday, 22 August 2020.

In 2016, Mr Greenstreet polled 25,552 votes, representing 0.24% in the general elections of which the presidential race was won by the New Patriotic Party’s Nana Akufo-Addo.

However, Pollster Ben Ephson has said the CPP and the other small parties will not make any impact in the 7 December 2020 polls unless they join forces.

“In 2016, apart from the NDC and NPP, no other party got even one per cent apart from Dr Papa Kwesi Nduom who did a bit better than all the small parties by getting 0.99 per cent of the total votes cast.

“If you add all the amount of votes the small parties get in their parliamentary elections, their presidential candidates don’t get any of that because the electorate say voting for the flagbearers of the small parties is tantamount to wasting their ballot, so, they’d rather vote for their parliamentary candidates and vote for the presidential candidates of either the biggest opposition party, the National Democratic Congress (NDC) or the governing New Patriotic Party (NPP)”, he analysed.

In Mr Ephson’s estimation, “If the CPP gets two per cent of the 2020 ballots, they would have done very well”, adding: “The truth is just one”.

Russia to Start Mass Deliveries of Coronavirus Vaccine Next Month

You may have missed