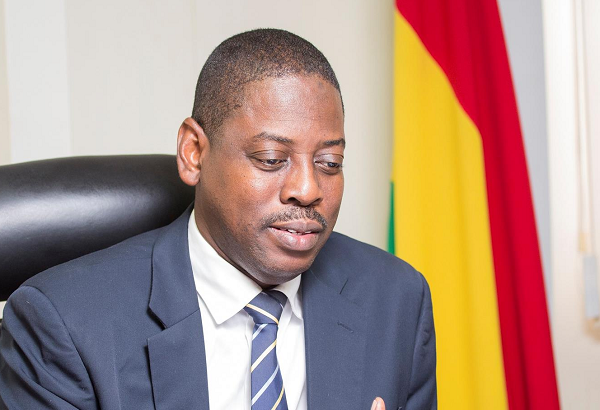 Clients of collapsed fund management companies will start receiving their locked up funds before the end of the year, the Securities and Exchange Commission (SEC) has said.

This follows a relief granted the Official Liquidator, the Registrar-General, to liquidate 22 fund management companies (FMCs) whose licences the SEC revoked in November last year.8

The 22 are part of the 50 FMCs whose licences were revoked “due to their inability to return clients’ funds, totaling GH¢8 billion, and significant breaches of applicable rules that created risks to financial stability”, according to the SEC.

A release issued by the SEC, the securities market regulator, said as of last Wednesday, August 26, 98,820 claims, valued at GH¢10.83 billion, had been received against 47 of the companies, with the remaining three having no claims against them.

The claims include GH¢4.65 billion filed against Blackshield Capital (formerly Gold Coast Fund Management Limited) by 82,204 clients, representing 42.93 per cent of the total value of claims and 83.18 per cent of the clients.

Claims filed against Firstbanc Financial Services Limited were 423, valued at GH¢800 million. While the clients represent 0.428 per cent of all persons making claims, the value of their claims accounts for 7.38 per cent, making it the second single largest FMC against whom claims had been filed.

However, the SEC explained, claims validation on Firstbanc Financial Services was yet to start because of its initial failure to cooperate with the commission, in addition to the filing of an application for an injunction pending appeal at the High Court.

The SEC said it did not have access to the records of five companies, against whom 489 clients had filed GH¢87 million in claims.

“We are in the process of resolving the issues to get full access to the records of the remaining five firms,” it said.

The SEC said it had validated claims against 40 FMCs to whose records it had full access, adding that the commission only had partial access to one company and no access at all to the remaining six companies.

“Validation of the claims filed by the clients of the 40 companies to whose records we have full access has been completed,” it said.

It said initially it had partial access to records from Blackshield Capital, alleging that the company only provided an Excel data, representing about three per cent of claims filed by its clients.

“Blackshield Capital initially failed to assist in locating the server for the validation of the remaining 97 per cent of claims till the intervention of law enforcement agencies; validation is ongoing,” it said.

Eight of the firms appealed against the revocation decision to the Administrative Hearings Committee (AHC) but only three were successful.

Following the revocation of the licences, the SEC took certain actions to protect investors.

They included notifying the Registrar of Companies/Registrar-General to petition the court for orders to commence the official liquidation of the 53 FMCs under the relevant law, as well as the appointment of an agent to take copies of records and lock up premises to secure the assets of the affected companies, in line with the relevant provisions of the SIA.

It also mandated the agent to receive claims from the clients of the affected companies, acknowledge receipt of same and also validate the claims.

The regulator said it also engaged the government, through the Ministry of Finance, on a bailout package for affected clients of the FMCs.

The engagement with the government, the SEC said, was against the background that the liquidation process (securing the court orders and realising assets) had the tendency to be long and protracted, while an early relief to affected investors was also important.

“It was agreed that rolling out of the bailout package promised by the government would proceed after claims were validated and liquidation orders secured,” it said.

Petitions are pending in court for the official liquidation of the remaining FMCs whose licences were revoked, the SEC said.

Russia to Start Mass Deliveries of Coronavirus Vaccine Next Month

You may have missed